Glittering rainbow dreams - and something else too


Am I the only one who is bugged to death because the perpetual use of the word “LOVE” in the rhetoric of LGBT+ movement? Well, “bugg(er)ed to death” would be much better for me, but I guess it wouldn’t fit to the politically correct image of the sexual and gender minorities – you know, the one with sweet and soft-looking monogamous couples who just want to live a nice family life just like the straight people do. They only happen to have this problem in who they want to do it with, so please forgive, please tolerate. They just want to love.

Well, this pansexual transgender guy here doesn’t want to love (at least not in the way that word is disgraced nowadays). I don’t see much good in “equal right to marry” – why glorify an institution that is little more than a perverse relic from times when you could own a fellow human being? 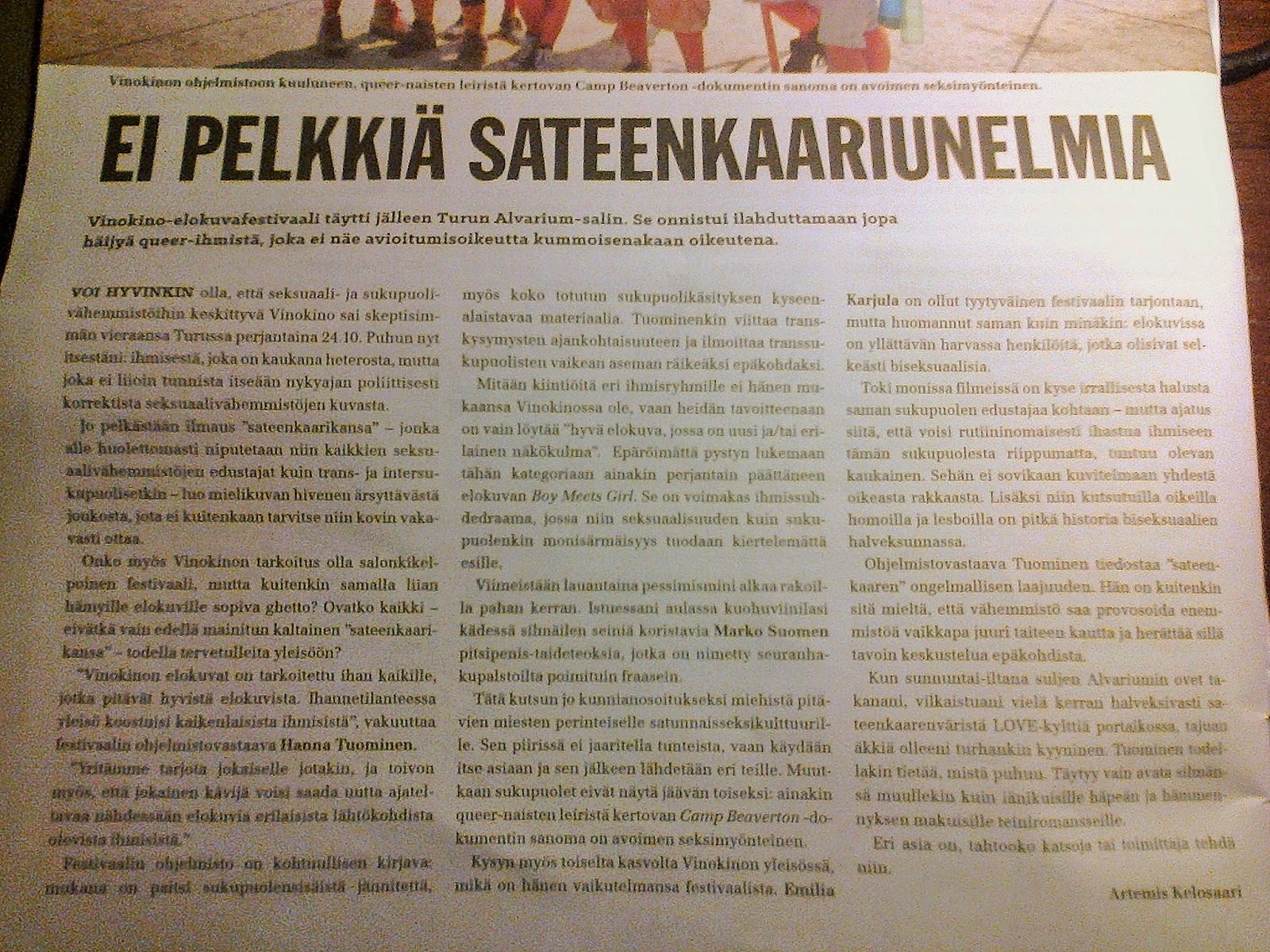 The picture above shows a short report (sadly, in Finnish only) I wrote about a month ago – on a LGBT+ film festival that took place in my hometown. If you happened to be there and saw someone in pinstriped coat and a red tie making notes and drinking numerous glasses of sparkling wine; well, that was me. The report was published in Turun Ylioppilaslehti (Turku Student Newpaper), in the issue 8/2014, and I wrote it pretty much from the starting point I just described.