Did you think (young) Western people in the 21th century are self-centered, obsessed with fame, and so on - you know, what the middle-aged moralists in the world are saying? Hah. Compared to men of the upper classes in the Early Modern period (c. 1500-1789) we are made up of pure empathy, modesty and "authenticity" (whatever that even means).

This short, essayish article of mine, about the Early Moderns "narcissists" and titled simply "Look at Me!", was published in Turun Ylioppilaslehti, issue 1/2015. I must say I like the illustration - it definitely grasps the point. 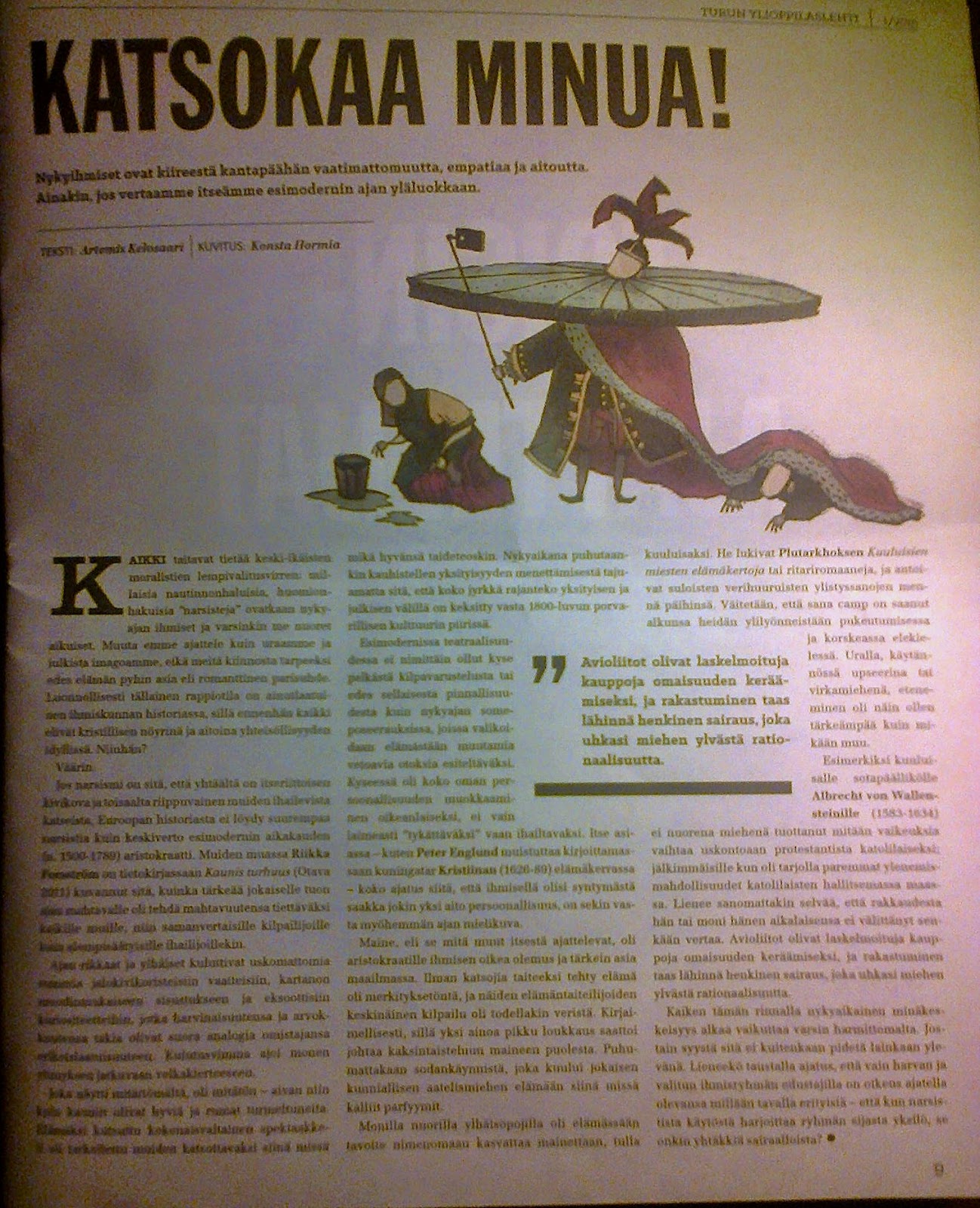