If I Can't Wear Glitter, It's Not My Revolution

Or some notions of politics, art and politics in art. This short manifesto was published in Finnish in the new anthology called Torasäkeet (Kolera 2015). 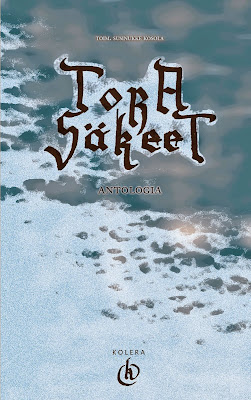 I am a hedonist, I am an individualist, and I am an aesthete. These are the principles that are behind all my art.

As you can see, actually there’s a political aspect in everything. Nothing is neutral – no matter how hard the straight white males and other Sunday liberals try to claim otherwise. If someone is about to understand this, it should be the writer. That’s because the writer plays with what is possible to think. They operate with associations and connotations, those damned devices that affect to our way of thinking maybe much more than we would like it to. Especially to how we actually react to people and issues.

That’s why I don’t believe in the superiority of realism – the most sacred dogma of the “serious” Finnish cultural life. That’s why I believe it’s better to write about what could be, could have been or even should be. About what is truer than truth itself.

You see, the written law is never the whole reality of what actually is acceptable or forbidden in the society. Our culture is called individualistic – but that doesn’t mean we wouldn’t have a strict sense of what The Normal Person has to want, think, and feel. Our society is called egalitarian – but practically it means that equal rights are talked about as if they were some kind of luxury that “We the Normal People” give to “Them” as charity (a classic example: the concept of tolerance).  The power is everywhere and nowhere – it lies within the words we use and the connotations attached to them.

Among the most incorrect things in our culture, there is the honest love towards beautiful things and flamboyant aesthetics. The only acceptable way to practice it is in the name of camp, or irony, or some other disease typical to our time. Stimulating our senses is probably forbidden for the same reasons as escapism: life just shouldn’t be too pleasing! The Serious Grown-Up “accepts things as they are”! 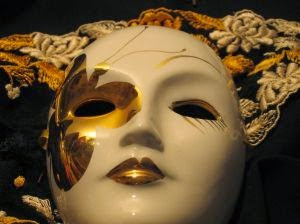 I, however, strive to bring back the pose of Romanticism and the flamboyance of Baroque. The beauty of life – what our everyday life looks like? – is an issue of no lesser importance than freedom and individuality. And that is why my war is primarily against the mighty Everyday.
Lähettänyt Unknown klo 10.08