There aren’t loads of Wicked Elegant Warlords in the history of Finland – and of those few, two were born in the same day. Fourth of June. Only that the one aristocratic marshal would celebrate his 148th and the other his 417th birthday.

Everyone in Finland knows or should know the younger of them. Since he’s still either a demigod or the Devil for many Finns – due to the bloody Civil War in 1918, in which he commanded the winning, bourgeois side – it seems often impossible to talk about him as a historian. (Who am I kidding: half as a historian, half as an obsessive Wicked Elegant Warlord fetishist.)

Anyway, Gustaf Mannerheim was born in a noble family that lived in a beautiful white manor. After his father had run away and left the family with financial problems, young Gustaf was sent off to become a Russian army officer (since Finland was a province of Russia in that time). He lived in the glorious city of St Petersburg in many years, leading a luxurious life that caused him debts; the Russian army tradition of the “art of war”, or the sophisticated officer culture, affected him deeply. He also got married, but the marriage didn’t last. This was apparently because of his numerous affairs with other women. (And/or men.) 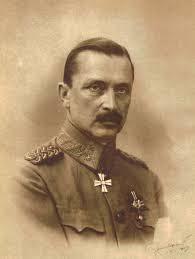 When Czarist Russia became the Soviet Union, Mannerheim exiled to Finland, where he practically started the civil war against the rioting Reds and, during the war, became known of his ruthless ways. By his order, Reds were executed without a trial and shoved to concentration camps (a practice which he repeated during the WWII, this time with Russians and Karelians).

Although he has later become a national symbol in Finland, he was neither universally accepted even by the early Finnish patriots (to whom he was still a Russian general) nor himself quite comfortable in Finland. He never learnt to speak Finnish well, since the language of the Finnish aristocracy was Swedish, and still in the 1930s – when he already had become a field marshal – he cursed Finland as the “land of the semi-gentlemen” and wished he had never come there.

If there was ever a leading principle in Mannerheim’s life, it had to be the love for the aristocratic lifestyle and loathing every kind of “ideology of the masses” – to which he counted Nazism too. This, however, didn’t prevent him to be friends with the Nazi Marshal Göring, another eccentric aristocrat. And if he knew that the right-wing populists have made him their mascot, he sure as hell would roll around in the sand of the Hietaniemi Cemetery.

And the other evil marshal? Åke Tott was the grandson of the “Mad King of Sweden” Eric XIV and his common-born queen Karin. When Åke was still very little, his parents had to exile because they had been on the wrong side in a political rabble. His father died on the journey, and young Åke and his mother returned to their home manor in Finland. 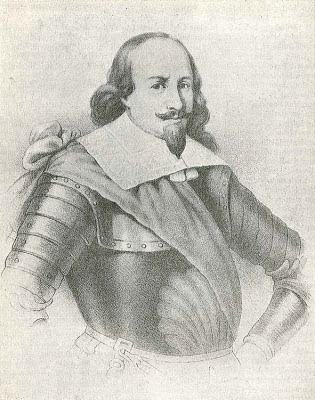 When Åke was thirteen or fourteen, he studied in Uppsala University; only that he was more interested in fighting and mischief than studying. It’s no wonder that he was quite soon sent to war, in order to become a warrior – something that so obviously suited him much better than bookishness.

In the Thirty Years War Tott commanded Finnish cavalry and progressed quickly in officer ranks. His king and cousin Gustaf II Adolph called him “The Snowplow” because of his brutal and courageous way to fight: Tott rode in the front of his men straight towards the enemy lines, breaking them for the infantry like a huge snowplow. In his battle flag he had a skull and roses, which is classical symbolism for the hero’s immortal fame and which also carries a pun: Tott sounds like the German word for “death”. He also owned several manors in his homeland.

Tott definitely “lived fast and died young”, which of course was suitable for an aristocratic warrior of the period. When 35 years old, he had been wounded several times, caught tuberculosis and suffered from gout. He was simply not able to perform alone the duties of a field marshal that ruled an occupied region. And what he did? He gave up his whole military career rather than submitted his proud self to collaboration with others.

Tott didn’t live many years after that, but when he had died, his funeral convoy was over 4 kilometres long. His second spouse Christina Brahe never remarried, and she ordered a large beautiful marble monument for her husband – one of the largest Baroque monuments in Scandinavia. If you go to the Cathedral of Turku, you can still see it there, standing proudly against time.