10 Things that Spark My Imagination


I have never understood those writers (or wannabe-writers, as they often are) that complain of having no ideas. For me, it is usually quite contrary: my head is too full of ideas, more than I can ever even write.

My mind is like a Kunstkammer, I have often said. Like princes and aristocrats of the Early Modern period, I collect strange things: only that I keep them in my head as memories. And out of these ideas emerge the stories and poems.

Here are some of the things that I tend to store into my mind and have provably used as material for writing. 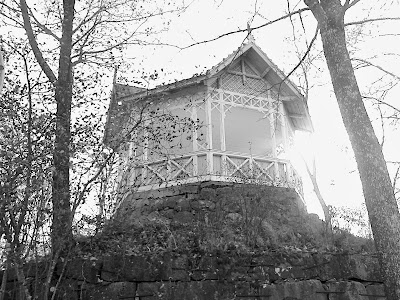 1. Interesting people from the past
Let’s go straight to “Pyhä Johannes Mätänemätön” (“St. John the Incorruptible”) and the awarded “Lumiaura” (“The Snowplow”, which is, of course, about THAT Snowplow).

2. …and events as well
The more morbid, the better. Besides the doomed Franklin Expedition in “Pyhä Johannes Mätänemätön”, I could mention the Cholera Epidemic in Turku in 1831. I also have a poem, whose name translates “My Lidice”…

3. Dreams and nightmares
I met Baroness Charlotta Qvellstierna for the first time in a dream. Or a nightmare.

4. Beautiful or otherwise peculiar places and sceneries
If I like a place – a pink villa, a red-tiled Victorian factory, a remote bleak island in the middle of the sea – chances are I want to go back there in my writing.

6. Odd things I’ve experienced otherwise
Like when I drove a bike 50 kilometers a day and ended up driving in the middle of a rainy summer night through a forest (poem “Pyhän Laurin kyyneleet”) or descended into a crack deep inside a cliff (prose ballad “Ylioppilas Karnaisen katoaminen”).

7. Hateful things
The target for satire. Or worse.

9. Phrases that come out of the blue and stuck into my head
Usually they end up as names of poems, like "hienostunut vanhempainmurha" (“refined patricide").

10. Personal agonies
I’m desperately lovesick right now and it shows in quite a few poems (and one story) I’ve written on the last few months. Same goes for hate.
Lähettänyt Unknown klo 12.53